More traffic lights and widening of lanes on Krome Ave, are needed 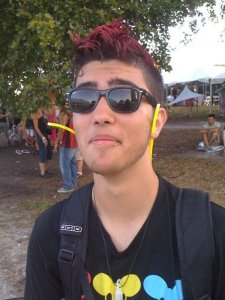 In their efforts toadvance much needed and long overdue safety improvements to the Krome Avenue corridor. I would like to send a special thank you to Rita Rodriguez for heroutstanding leadership and efforts to make the West End a more safe community-

The parents of popular electronic DJ Anthony Rodriguez, also known as Sonic C, say they hope something positive comes out of his tragic death. Rodriguez, 22, and two other people died after a car crashed head-on into the vehicle he was in on Krome Avenue, in the area of Southwest 144th Street, according to the Florida Highway Patrol.

“Getting in the car is the most dangerous thing that we do every day,” said his father Anthony Rodriguez. Driving can be even more dangerous along Krome Avenue, a road known for numerous car crashes each year. “It’s a death trap, I mean everyone who lives in Miami knows about it,” said mother Rita Rodriguez.

Both of Anthony Rodriguez’s parents hope people will sign an online petition that calls for more traffic lights and widening of lanes on Krome Avenue.

In 2013, the Florida Department of Highway Safety and Motor Vehicles recorded 63 crashes on Krome Avenue. Out of those crashes, 41 people were injured and three people died.

“My prayer is that some lives will be saved and other families won’t have to go through what we’re going through,” Anthony Rodriguez said. 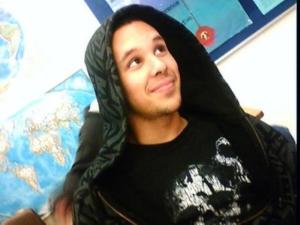 The Florida Department of Transportation is currently doing some construction on a section of Krome Avenue. But the project aimed at widening the road from two to four lanes isn’t scheduled to begin until June 2016.

“That’s another two and a half years. How many more lives could be lost from here to then?” Rita Rodriguez said.

For more information on the online petition, click here.

We petition the obama administration to:

The events that transpired on April 14th in Venezuela are alarming. The current government has developed a need for survival so large, that it fails to accept the will of the Venezuelan people. This translated into over three thousand documented occasions of voting irregularities, inhibiting the people from exercising their inalienable right to vote.

In a democratic state, there is no reason why the government should refuse to do a recount when such a large portion of the population demands it. That is why I urge the Obama Administration to refuse to accept the results of the Venezuelan presidential elections up until there has been a full recount. I furthermore urge it to refuse to recognize the legitimacy of any government until there is no doubt that the democratic process was honored.