Publicado el 27 noviembre, 2016| Deja un comentario
Translation by: Mario Espinosa Jr.
The monster disappears
The phone rings in the middle of the night,
Half asleep I hear a voice that I barely recognize in that moment.
He says to me, “Maggie, Fidel is dead.”
Really it didn’t shock me since I had been waiting for it for so long ;
And I made a connection with the early morning of January 1st (1959) when a friend knocked on the  door of our house in Jaronú announcing to our father that Batista had gone.
Many emotions gather together in my chest and our story plays like a horror film in front of my eyes.
So much damage he has done to us and for so long.
He froze Cuba in the year 1960, he impoverished the island, destroying without building for 57 years.
Nothing will probably change in Cuba but how many martyrs have fallen, how many families have been separated, how much repression, how much poverty and how much hopelessness; all of it created by this man.
I only feel great sadness for not being able to live this moment together with my husband of 56 and a half years because he passed in January.
Lord take pity on our island and bring changes now that you have taken away the monster.
Maggie
Ps: This  was written at 1:56 am, right after she got the call about Fidel ….
MGUATYMARRERO

Be proud of your country, stand for the Anthem

The U.S. Army Chorus performs “The Star Spangled Banner” with the Municipal Band of Charlottesville at Monticello on July 4, 2016.

Monticello Virginia, Thomas Jefferson´s home, where my husband and I took the oath of citizenship in 1972. 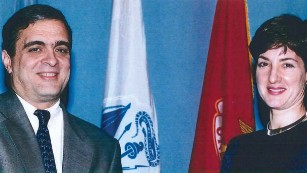 CNN) She put American combat troops in harm’s way, betrayed her own people and handed over so many secrets that experts say the U.S. may never know the full extent of the damage.

Ana Montes was the Queen of Cuba, an American who from 1985 to the September 11, 2001 attacks handed over U.S. military secrets to Havana while working as a top analyst for the Pentagon’s Defense Intelligence Agency.
But despite her crimes, Montes remains largely unknown.
You might not think Cuba could do much harm to a superpower like the U.S., said retired DIA official Chris Simmons, appearing on CNN’s “Declassified.”
But you’d be wrong.
Read More
The threat increases, he said, when Havana goes on to sell those U.S. military secrets to nations like China, Russia, Iran, Venezuela and North Korea.

Ana Montes
Montes’ anger about U.S. foreign policy complicated her relationships and drew the attention of Cuba ns who enticed her to turn her back on friends, family and her own country.
Read more:http://edition.cnn.com/2016/07/06/us/declassified-ana-montes-american-spy-profile/?sr=fbcnni071016declassified-ana-montes-american-spy-profile1112PMStoryLink&linkId=26405841
MGuatyMARRERO

Are they willing to share a piece of the cake? 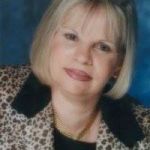 Despite the existence of the embargo, the United States is the fifth largest exporter to Cuba (6.6% of Cuba’s imports are from the US). However, Cuba must pay cash for all imports, as credit is not allowed, reason why Obama wants to take Cuba off the list of terrorist countries. They will then have access to international credits and will not be obligated to pay cash. There are currently an estimated 4,500 companies from more than 100 countries that “do business in the Republ…ic of Cuba” within such categories as importing to, exporting from, providing services to, or having investments within the Republic of Cuba.*

This is the sad story of what the Castro government has turned our country into, nothing more than a luscious, extremely appetizing “CAKE”. A land desired to be devoured by every body and it’s mother with each one wanting a piece of it or, if possible, a larger slice. Is it so difficult to see how the Cuban people fit into the scheme of things?, do you even think all these hungry, powerful, ambitious entities find themselves considering, as history claims Marie Antoinette Queen of France said: “Let them eat cake”?. Really!, do you believe they are willing to share a piece of “THE CAKE” with them when their own government doesn’t do it or even care?….Please!!

*You can find this list in Goggle (list of companies doing business with Cuba) under the heading: Non-United States companies in Cuba.

He’s smart, articulate and by all appearances a loyal husband and father. Yet, President Barack Obama may rank among history’s worst presidents.

That’s not our opinion. Rather, it is the finding of a survey by the Brookings Institution — a liberal-centrist organization ranked by the University of Pennsylvania as “the most influential think tank in the world.”

In advance of Presidents Day, Brookings sponsored a survey of presidential scholars who belong to the American Political Science Association. As Brookings explained, scholars who view Obama among “the worst American presidents outnumber those who view him as one of the best by nearly a 3-1 margin.” The survey found “nearly twice as many respondents view Obama as overrated than do those who consider him underrated.”

Long before this survey, Gazette editorials criticized President Obama as “The Great Divider.” We did so because he came on the scene with the promise of unifying Americans from all races, religions and socioeconomic backgrounds. Politics aside, we initially expected him to reach across the aisle and show Americans how to get things done by working together. But he quickly began pitting the poor against the rich, Democrats against Republicans, liberals against conservatives. Class envy became his modus operandi. He governed with rigid loyalty to left-of-center ideology and the Democratic Party. He celebrated passing health care reform without a single Republican vote.

It appears some of the country’s top presidential scholars concur with our concerns about the president’s divisive leadership style. In an article explaining the survey, Brookings reported the social scientists rated Obama poorly mostly because they find him “polarizing.”

“One area where there is significant expert consensus about the president, however, concerns how polarizing he is viewed as being — only George W. Bush was viewed as more a more polarizing president.”

Asked which president should be added to Mount Rushmore, two-thirds of the scholars chose Franklin Delano Roosevelt. Dwight Eisenhower and Reagan tied for second place. President Obama tied James Madison in seventh place for getting a place on the mountain.

“Scholars seem to hold Barack Obama in high regard personally, but view his skills and performance as mediocre to poor,” the Brookings summary explained. “Few think of Obama as an excellent president, while many more rate his presidency quite low, with the bulk of experts appearing to give him a passing grade but not one that would get him on the Dean’s list.”

Unable to seek re-election, legacy is Obama’s greatest political liability. The Dean’s list can still be attained. We hope President Obama spends the next two years trying to shed his reputation as divisive and polarizing. He has the intellect and oratorical skills to unify this country, making it that indivisible nation — a place of justice for all — described in the Pledge of Allegiance.

Having been born in Cuba, I am somewhat ambivalent about President Obama’s establishing full diplomatic relations with Cuba. At best, Cuba can become a facsimile of today’s Russia and at worst a carbon copy of present-day communist China.

How else can you make sense of Raúl Castro thanking Obama – who reaffirmed continued communist rule in Cuba? A corollary to this political stand is the denial of Cubans of free access to the Internet (“Young Cubans establish secret computer network,” ).

What is more disturbing to me – as an American citizen – is seeing the realization of the promise made by Obama prior to his election: “We are five days away from fundamentally transforming the United States of America” (Oct. 30, 2008).

Even after the resounding Republican takeover of Congress in the 2014 midterm elections, Obama continues to govern by either presidential memoranda and/or executive orders.

Is not this the form of government we want to eliminate in Cuba? Go figure.

Now, therefore, I, Abraham Lincoln, President of the United States, do hereby appoint and set apart the last Thursday in November next as a day which I desire to be observed by all my fellow-citizens, wherever they may be then, as a Day of Thanksgiving and praise to Almighty God, the beneficent Creator and Ruler of the universe. And I do further recommend to my fellow citizen aforesaid, that on that occasion they do reverently humble themselves in the dust, and from thence offer up penitent and fervent prayers and supplications to the great Disposer of events for a return of the inestimable blessings of peace, union and harmony throughout the land which it has pleased him to assign as a dwelling place for ourselves and for our posterity throughout all generations.
Abraham Lincoln, October 1863
Courtesy of Mario Espinoza
MGuatyMarrero for Cjaronu